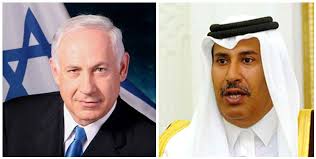 Out of the murk of the Middle East since the so-called “Arab Spring”, a new strategic balance may be emerging that is not unfavorable for Israel.

18 August 13 19:48, Norman Bailey
Out of the mist and murk of the Middle East since the inception of the so-called “Arab Spring” more than two years ago, there are signs that a new strategic balance may be emerging in the region. This realignment process is made up of various elements, some of which we have emphasized in previous columns:

Among other things, what this all means is that the Israeli-Palestinian talks so dear to the hearts of Obama and Kerry, are less than a sidshow. They are totally irrelevant to the important developments in the region. Put otherwise, no-one cares. It is pure political theater, and a farce at that.

Much more significant is that the emerging strategic realignment may also mean that Syria/Lebanon also become a sideshow; more political theater, except in this case a tragedy rather than a farce. Lebanon and Syria, like Iraq, will be paralyzed by the ferocious conflict between Sunni and Sh’ia.

For Israel, the situation, barring accident, unforeseen events and/or sheer political stupidity is evolving in a most favorable manner. That, coupled with the new government’s willingness to take on serious domestic reforms, bodes well for the future. However, as the scorpion said to the frog which he stung as he was being carried across the Suez Canal, thereby assuring that would both die: “This is the Middle East.”.

A Positive Development in Europe

Amidst the growing Islamification of a good deal of Europe, and the reemergence of anti-Semitism, it is good to be able to point to a positive development of symbolic importance. At the urgings of the Portuguese Institute of Democracy, the National Assembly of that country; the origin of many Sephardic Jews, including major figures in religion, philosophy and business, has revoked the decree of 1496 expelling those Jews who refused to convert to Christianity and has declared a form of “right of return”. Any Jew who can show that his ancestors were expelled from Portugal at the end of the fifteenth century, can apply to have his Portuguese citizenship restored.

The Honorary Chairman of the institute is the current pretender to the Portuguese throne, Dom Duarte, Duke of Braganza. Dom Duarte apologized for the actions of the Portuguese royal house at the time of the expulsion in a speech in a major New York synagogue. The Portuguese royal house was responsible for the policy of granting visas to Jewish refugees during World War II and for protecting an historic and beautiful Amsterdam synagogue, which belonged to the Braganza family foundation, from the Nazis. His vineyards produce the only kosher wine made in Portugal.

To take attention away from farces like the Palestinian-Israeli peace talks, it would be delightful if the Duke were to visit Israel. Many dismiss “symbolic” gestures as being of no importance, but that is not true. It was a symbolic gesture when president Ronald Reagan pointed to the Berlin Wall and said “Mr. Gorbachev, tear down this wall!”. Not long after the wall was torn down. Could it be that the gesture of a small country, once the center of a great empire, may signal that the process of European anti-israeli actions and rhetoric has reached its point of inflection? We may hope so.

Norman A. Bailey, Ph.D., is Adjunct Professor of Economic Statecraft at The Institute of World Politics, Washington, DC, and a researcher at the Center for National Security Studies, University of Haifa.